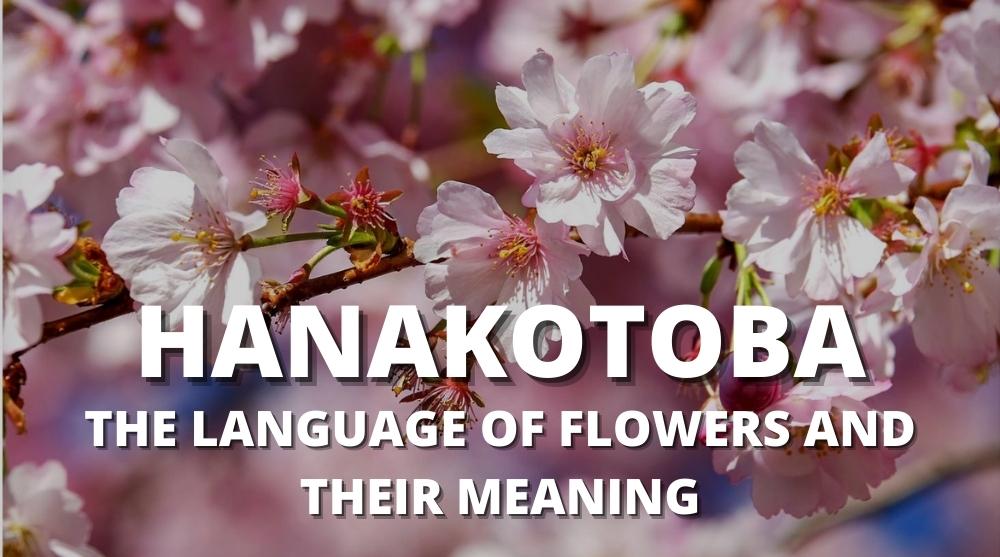 In the Land of the Rising Sun, nature has a great place in Japanese culture; Plants, trees and flowers are almost sacred, and each month of the year is an opportunity to celebrate the blooming of a flower and its significance. To the extent that a whole symbolism language of flowers has been developed over the last 2 centuries, what Japanese people call Hanakotoba.

Hanakotoba (花言葉, lit. Language of Flowers) is a Japanese concept that describes the meaning of each flower and the emotion associated with it. This floral art introduced by foreigners in the late 19th century at the beginning of the Meiji period (1868-1912) quickly became part of Japanese culture by adapting itself to local customs and religion. It is also the focal point of the art of Japanese flower arrangement, Ikebana.

As an introduction to Hanakotoba, we have put together a small listing of 12 Japanese flowers, one for each month of the year, so that you can become more familiar with this traditional Japanese art:

12 Japanese Flowers and Their Meaning

Ume (梅) are the pale pink or white flowers of the Japanese plum tree that symbolize “faithfulness”, “pure heart”, and “elegance” in addition to being the Japanese symbol for the month of January.

Japanese plums start to grow mid-February and are harvested from spring to late summer.

If you are looking to see this type of tree, we invite you to go north of Tokyo to the town of Okutama, where you will find some 25,000 Japanese plum trees spread over several hectares.

Fukujusō (福寿草 lit. lucky long life herb) is a yellow flower, symbol of the month of February and that symbolizes “fortune” and “longevity” in Japanese culture.

Native of the region of Okkaido and Kyushu, the Adonis Ramosa flower is hardly ever found in the wild nowadays, but can still be found in some specific places, such as the Kyoto Botanical Garden. It blooms from February to mid-April.

In March, Japanese people celebrate the Tsubaki (椿), the Japanese Camellia that symbolize “humility”, “discretion”, and “perfect love”. It is normally a red or pink flower, but can also be white.

Originating from Japan, this Camellia flower has become a strong symbol in Japan and has greatly influenced Japanese fashion over the centuries as we can find it on many different fabrics (crepe, felt, lycra, elastane, poplin, viscose, muslin, printed cotton, lace, velvet, flannel, satin, polyester, silk, cotton, linen, …).

If you wish to admire these Japanese flowers, you can go to Kawagushi, to the Horticulture Promotion Centre

Sakura (桜) are the vivid pink flowers of the Japanese Cherry Tree that bloom during the month April all over Japan. Strong symbol of the Land of the Rising Sun, the Sakura flower symbolize “the time of renewal” and “optimism” after a cold and hard winter. This is a very important time of year in Japan who celebrates Sakura Blossom during the Hanami, a national Japanese festival that invites Japanese people to visit parks with friends, family or lovers to enjoy the beauty of the spring flowers with food and beverages.

Moreover, the Sakura flower is an important element in Japanese culture and can be found on many Japanese fabrics, traditional clothing and accessories.

If you are travelling to Japan during the Spring, don’t miss the 30,000 cherry trees on Mount Yoshino, near Nara, for a pink, almost fuchsia show (inspiring the old pink and powder pink colors).

The blossom of Japanese wisteria flowers is also celebrated at a festival in May, notably at Ashikaga Flower Park in Tokyo. And like Sakura flowers, Fuji flowers are used as ornamentals on many different materials and fabrics.

The Japanese Iris called Hanashōbu (花菖蒲) is a summer flower with shades of purple, white, lavender, rose and violet-red that symbolizes “Elegance”, “showing the spirit”.

This wild plant blooms on the first hot days of the year in Japan, and can be found in Nature near waterways and at the Meiji Shrine in Tokyo during the month of June.

Japanese Ipomoea called Asagao (朝顔) is a summer flower native to the Okinawa region in southern Japan. It is a blue flower with turquoise, purple and violet shades that symbolizes “innocence” and “love”.

Also called Morning Glory, Asagao flowers are a very common gift between lovers during the month of July, month of the year the Asagao flower blooms.

Himawari (向日葵) are the Japanese Sunflowers, a plant with long stems and yellow petals that symbolize “adoration”, “loyalty” and “longevity”. Himawari flowers bloom during August in Japan and the Sunflower Festival takes place throughout the country during this hottest month of the year.

Used ornamentally on cushions, sheets and blankets in Japanese interiors, the Japanese also use Himawari to detoxify the soil. This is the reason why there is a lot of Himawari fields around the Fukushima power plant.

Lycoris Radiata called Higanbana (彼岸花) in Japan, is a plant originally from China, Korea, and Nepal with red flowers with long and thin filaments. Flower of the month of Septembre in Japan, Higanbana symbolizes “death” or “the final goodbyes” as well as the beginning of the Autumn equinox.

In the middle age, Japanese people discovered that the bulb of Higanbana was poisonous and started to use it in rices paddies and houses to keep pests and mice away. It was probably from this time onwards that the Higanbana began to be associated with death.

This association became so important in Japan that, in Buddhism, Japanese people began to celebrate the festival of the dead at the arrival of fall by planting Higanbana on graves to show tribute to the dead. This is why you should never give this flower to someone as it would be mean that you wish them dead.

Kosumosu (宇宙) also referred to as “maiden Japanese heart”, are Cosmos flowers that grow on the Japanese continent. These flowers, often pink, but also orange and sometimes white, symbolize “cleanliness” and “love”.

Originally from Mexico, the Japanese cosmos has acclimatized very well to Japanese soil since its arrival and blossoms in particular during the month of October in the Japanese mountain meadows.

There is even an award called the Supreme Order of the Chrysanthemum. It is the highest honor that you could receive in Japan and only Japanese citizens are eligible for this prestigious award.

Although the Japanese Chrysanthemum is often known as the flower of the month in September, it is more commonly found in mid-October to late November.

Kantsubaki (寒椿) is the Japanese Camellia also known as Winter Camellia. It’s a flower with large red petals and a yellow heart that blooms in the winter and symbolizes “humility”, “discretion”, and “perfect love“.

Kantsubaki has been grown in Japan since the 15th century and is widely used as pattern for Kimonos and on winter clothing. It is also a flower used in some Japanese teas.

As you may have noticed, flowers are very much a part of Japanese culture. Their great variety and symbolism make them central elements in many textiles, but more than that, flowers are at the forefront of the Japanese art of flower arrangement called Ikebana.

Indeed, there is an art form in Japan dedicated entirely to the art of flower rearrangement, which is still very popular today and is certainly not to be missed if you have the opportunity to visit Japan.