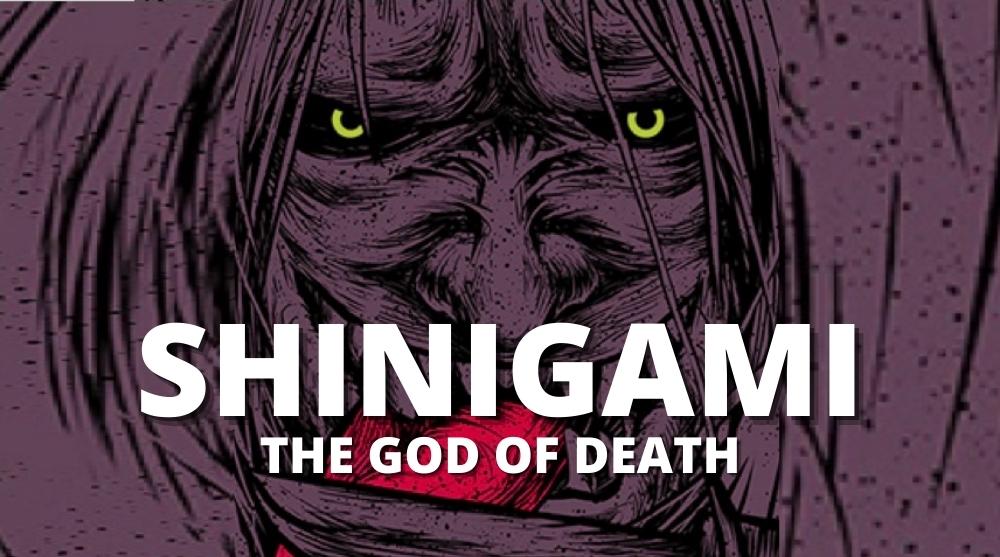 Shinigami (死神, literally “death god”) are the personification of Death in Japan and most of the times referred to as Japanese gods or supernatural spirits called “Yokai” that guide humans toward death in certain aspects of Japanese religion and culture. The concept of Shinigami may have been first introduced in Japanese Culture in the 18th or 19th century after Japan opened itself to the western world and their beliefs. But unlike the “Grim Reaper” (whose concept is taken from), Shinigami are not seen as evil beings but as benevolent agents who facilitate the smooth running of “The Cycle of Life”, guiding the deceased humans to the otherworld when their time has come.

In Japanese culture, Shinigami are a very popular figure in tales and religions where they are often described either as monsters, helpers, but also as creatures of darkness. 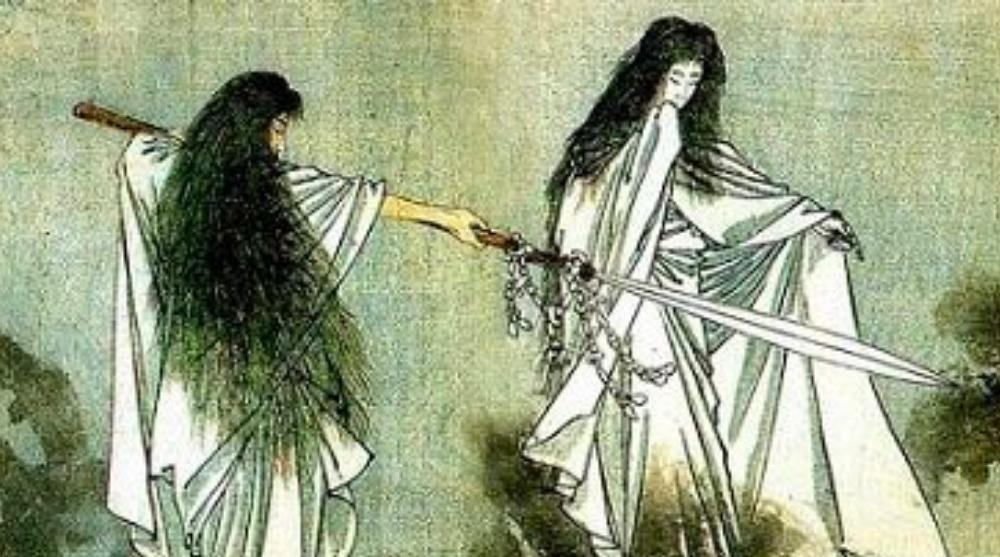 Unlike most concepts of Japanese Culture that dates back to old times, the concept of “God of Death” is pretty new and seems to originates from the first time that Japan came into contact with the western world and their beliefs.

Indeed, some historians may have found an agreement that the concept of Shinigami may have been initially introduced into Japanese society in the 18th or 19th century. But, prior to the arrival of these death gods, the Japanese had a relatively open attitude toward death as it was simply another aspect of existence, nothing more or less.

Thus, it is believed that the Shinigami may be a descendent of the folk stories around the grim reaper himself, though the Japanese created their own version on it that binds with their spiritual beliefs.

In fact, the concept of Shinigami was so popular at some point that it became one way for the ancient Japanese to find meaning in both life and death. By knowing that their loved ones were not alone in death, that there was someone guiding them to the otherworld, this concept may have brought Japanese people great relief and encouraged them to live life to the fullest until The Cycle of Life comes to an end.

The concept of Death and the role of the Shinigami

At first, traditional Japanese beliefs did not necessarily view death as a horrible thing, but rather as a regular part of the cycle of existence, until the notion of death Kami arrived in Japan. 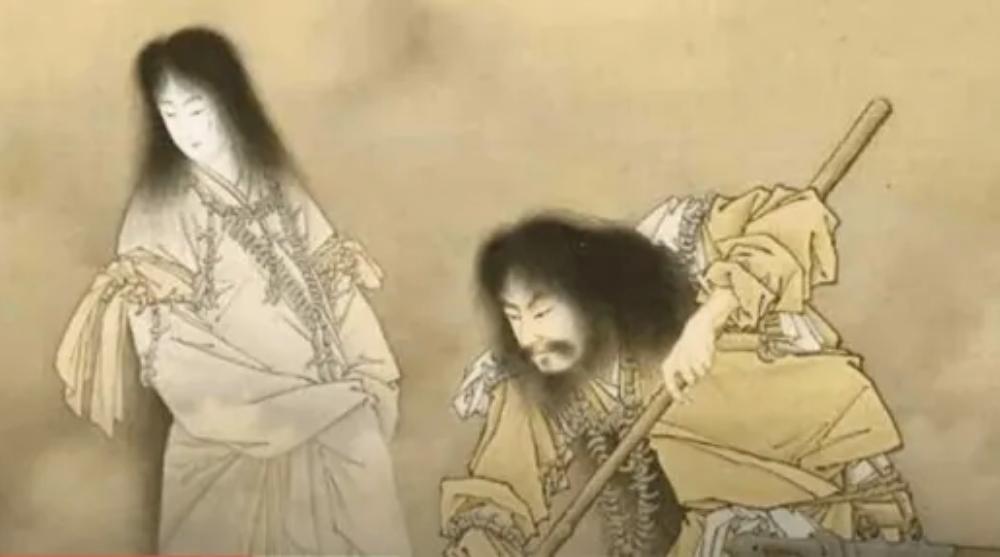 Two Shinigami appearing to guide the decease to the other world

According to legend, death spirits work in pairs and their role is to appear when it is a person’s pre-ordained time to die, inviting him or her to cross the border between life and death.

This fact about these death spirits is known from an old Japanese tale:

There was a man on the verge of committing suicide that encountered a Shinigami. The Shinigami told the man that his time has not come as his candles have not burnt down yet. (In old Japanese beliefs, life is symbolized by candles burning and death when they burn down)

To help him, the Shinigami reveals to the man a secret to help him make money. He reveals him some magic words that will send a death spirit away if it hears it. Pretending to be a doctor, the man then starts to visit patients at their deathbeds and uses the magic words to banish the death spirits

However, there was a rule to follow. The man could only banish the death spirit if it’s sitting at the foot of the bed. If the Shinigami is sitting at the head, it means the person’s candle is burned up and must die

This little trick allowed the man to become extremely rich and become very popular, but eventually it all went wrong. One day, the man was offered obscene amount of money by family of a dying patient to save their loved one. Despite seeing a Shinigami sitting at the head of the bed, the man accepts and tries to trick the death spirit by turning the bed round. He then tries to use the magic words on it.

As soon as the man pronounced the words to try banishing the Shinigami, he instead burned up the rest of his own candle and dies.

While the grim reaper of western countries may have a distinguished shape with a body of bones, wearing a large robe and  carrying a scythe, in Japan, the Shinigami has no clear appearance.

Shinigami are invisible to everyone except those who have a direct connection to death or are near death. For example, people who experience a near-death incident might claim to have ever seen the appearance of these spirits.

Otherwise, they’re said to never take the same appearance or shape. As a result, Shinigami could frequently hide in plain sight, and you’d never know what one was if you did see it, and this is a symbol of the natural role of death in life.

Differences between Grim reaper and Shinigami

Unlike the grim reaper that is known to be an evil predator, chasing humans to kill, the Shinigami aren’t seen as a bad entity at all in Japan. Indeed, Shinigami don’t hunt down the living to force them into the afterlife before their time and they also can’t be bribed to extend someone’s life.

The role of the Shinigami is to make sure people die at their appointed time. This is based on the concept of destiny, which states that everyone has a predetermined route in life. Rather than insisting that the dead enter the afterlife, they welcome the living to die. The Shinigami are one of many ways in which life and death coexist.

Death is not dreaded, as it is in traditional Shinto funerals. It happens to everyone at some point, so it’s pointless to linger on it. This will not be a frightening experience when you encounter the Shinigami as these spirits are there to guide and invite you to death with dignity.

Many Shinto believers in Japan continue to believe in Shinigami, as well as other kami.

Of course, because modern Japan is a very secular country, most people do not think Shinigami exist. However, because the Japanese value tradition, Shinigami are still very much a part of Japanese society, much like the Grim Reaper is in the Western world.

For example, Shinigami have appeared in several very popular television series from Japan such as: 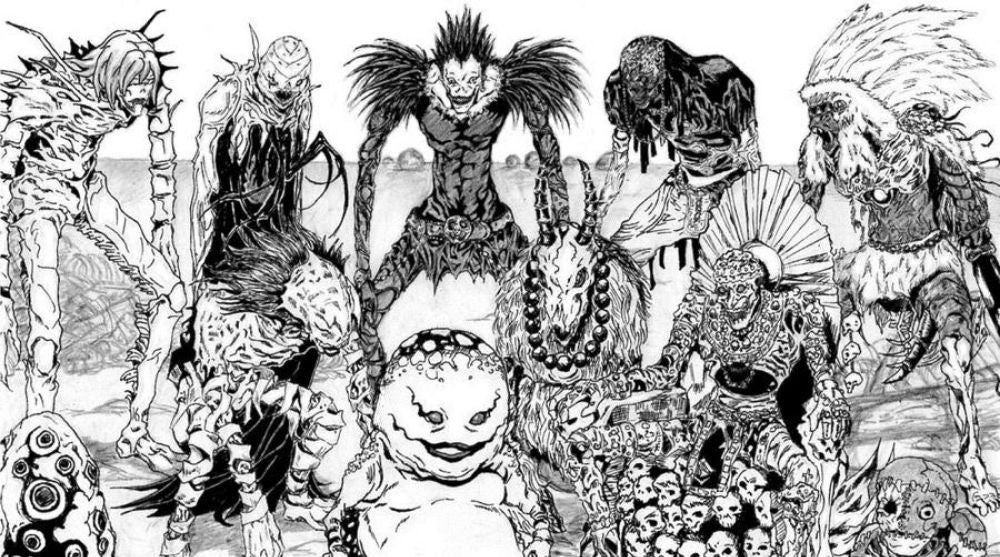 In the manga Death Note, Shinigami are grotesque creatures that possess the “Shinigami Eyes” that allow them to see the lifespan of any human as well as a notebook called “Death Note” where they write the names of mortals that are about to die.

One day, one of these “death notes” falls to earth and into the hands of a human, Light Yagami, who uses it to fulfill his vision of a fair world, mostly by killing all the criminals by writing their name in his death note. 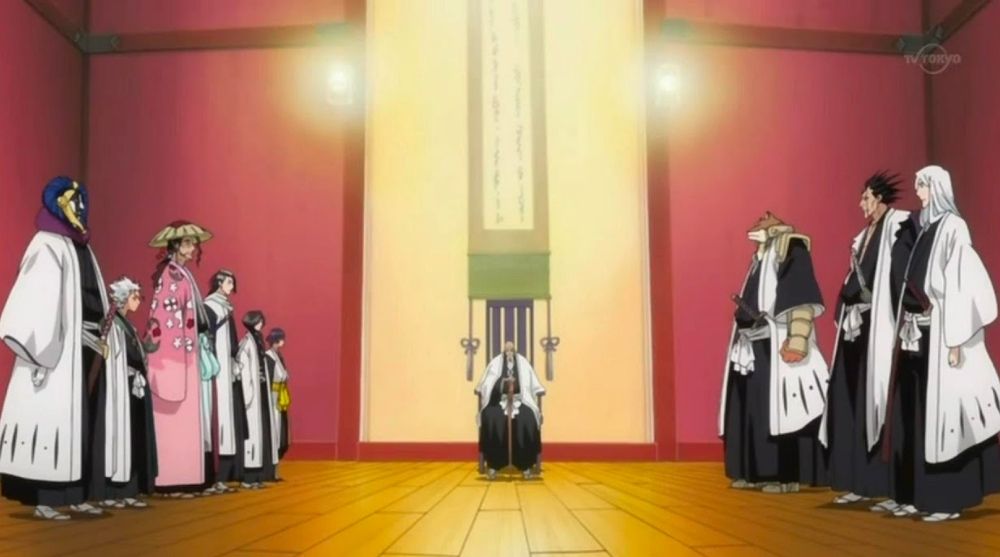 In the manga Bleach, the Shinigami are actually a society of Japanese Samurai whose role is to keep the peace between the world of the living and the afterlife.

For example, when a human dies tragically in pain, his soul may stay strapped on Earth, hunting desperately the living indefinitely. The role of the Shinigami is to find these souls and guide them to the afterlife so that they can rest in peace. 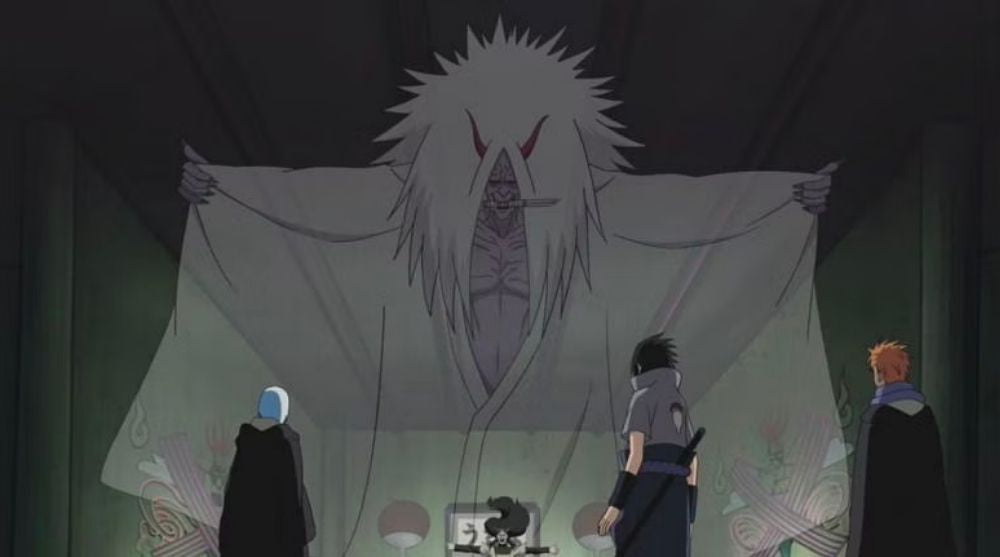 In the manga Naruto, the Shinigami is portrayed as the God of Death with disheveled white hair, dressed in kimono and with whom some characters may make a pact with in exchange of their soul. 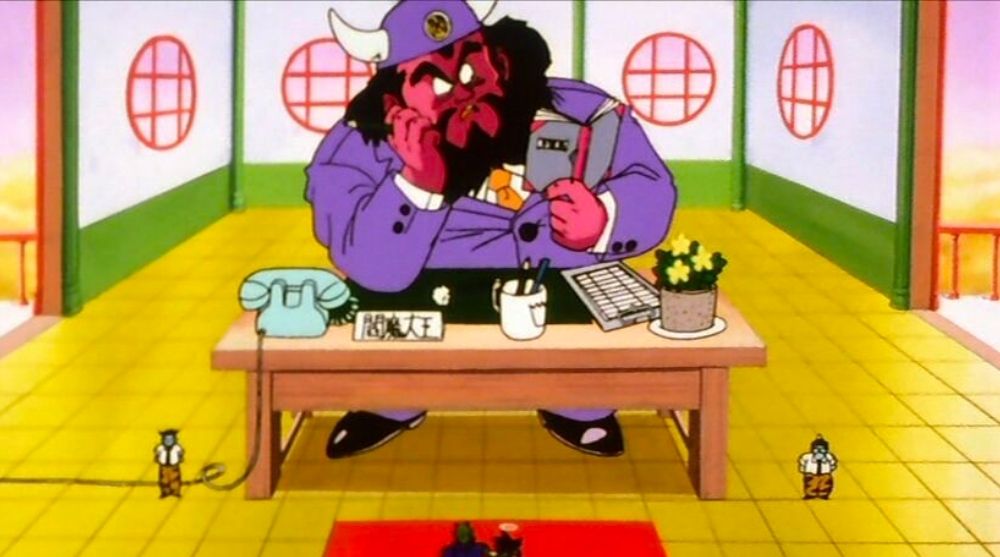 In the manga Dragon Ball, the Shinigami are benevolent workers employed by Yemma, the king and leader of Purgatory. Their role is to appease the souls of the deceased before their living life is judged by Yemma and sent either to Hell or Heaven. 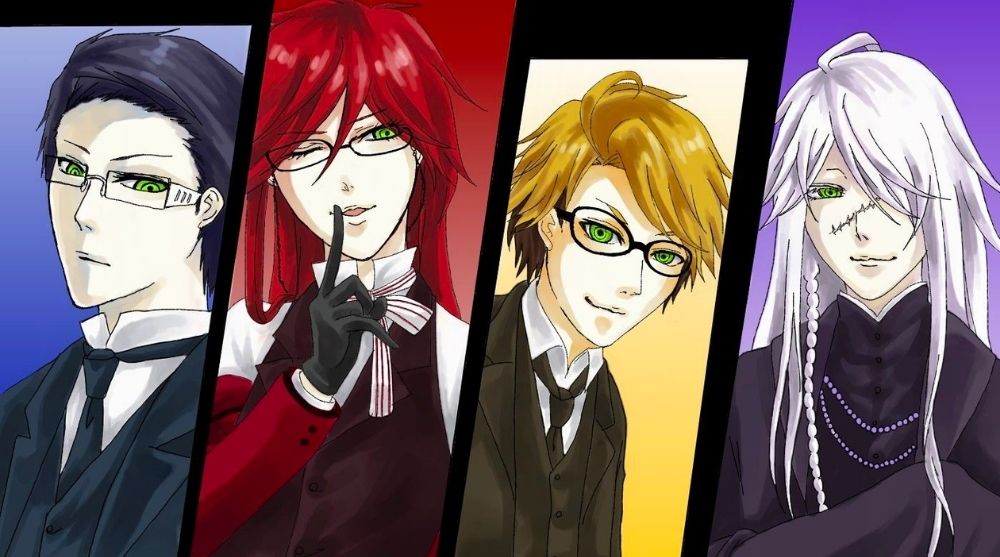 In Black Butler, Shinigami are the spirits of humans who died of suicide and who have been sentenced to retrieve the souls of mortals from a predetermined list.

Their main task is to examine the dying person’s memories to determine whether or not they should exit the living world. When a shinigami kills someone, the shinigami retrieves a movie lantern and stores it in a library. 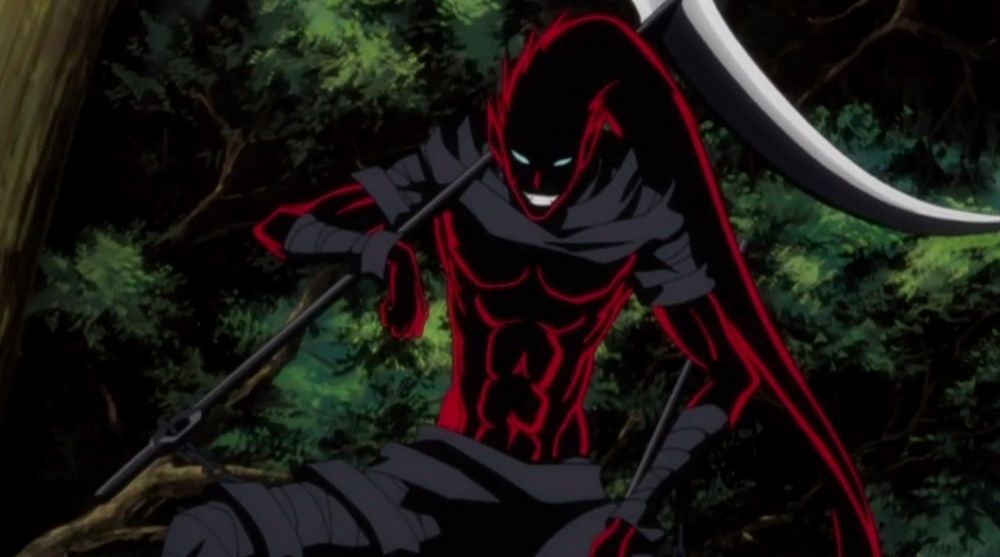 In the manga Fairy Tail, the concept of Shinigami is portrayed by the character Eligoal from the Eisen Wald guild. Nicknamed Grim Reaper, he is known to accept mostly assassination missions.

In Full Moon wo Sagashite (manga) 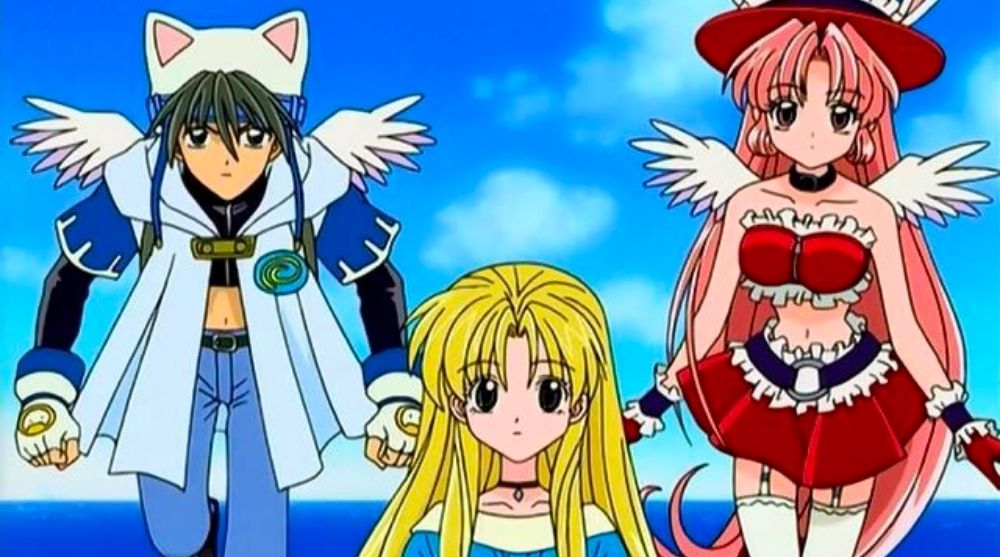 In the manga Full Moon wo Sagashite, humans who died from suicide turn into shinigami in the afterlife must perform good deeds as a punishment.

Moreover, their memory is also erased and they are not allowed to try to remember their previous life