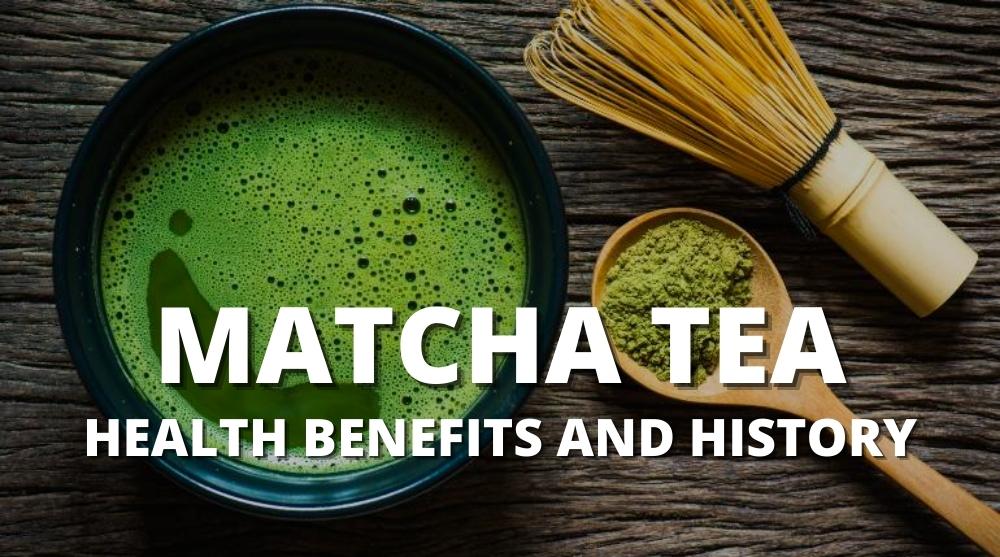 Matcha (抹茶, lit. “tea powder“) is a premium variety of green tea originating from China infused from the leaves of the Camellia Sinensis tea plant. Key element in the Japanese tea ceremony for centuries, Match tea powder is traditionally made by crushing dried leaves between two stones. Its bright green color is due to its high composition in chlorophyll that gives him good antioxidant properties that are known to prevent cancer, loose weight and protect organs like the heart and the liver.

However, the bushes are covered for a time before harvesting to soften the flavor and boost the antioxidant effects. They will create polyphenols that have many health properties while being sheltered from natural light.

Nowadays, matcha powder has become quite popular on our dishes, since Japanese matcha tea is a very refined beverage that calms the body and mind. Its vibrant color and distinct flavor make it an excellent natural coloring component.

Green tea has a long history in China, dating back to the eighth century, and the technology of manufacturing powdered tea from steam-dried tea leaves became popular in the 12th century. Matcha was found and introduced to Japan by a Buddhist monk named Myoan Eisai. Esai discovered that consuming matcha benefited his Zen meditation sessions by creating a calm alert condition. (We now know this is due to the caffeine and L-theanine interactions in matcha.) Matcha formed the foundation for the refined Japanese Tea Ceremony, or “chado,” as its advantages became more generally understood.

Drinking matcha not only benefited Zen monks’ meditation efforts, but it also became a way of achieving enlightenment. Everyday temple rituals included offering Buddha a bowl of the wine. In the 16th century, a simple version of the tea ceremony arose, which has endured to this day and generates appreciation in the West for its message of beauty inherent in simplicity. It was a reaction to the Japanese aristocracy’s love of elaborate and luxurious style, which they imitated from Chinese patterns.

Radical simplicity was encouraged, among other things, by monk Murata Shuko, who attained enlightenment at the moment when he realised that the eternal law of the Buddha is revealed by a mere gesture of filling the bowl with hot water. The beauty of the tea ceremony comes from harmony that arises between the minds of the host and their guests. The spirit of the tea is expressed in four concepts: peace, purity, respect and the above-mentioned harmony. A ceremony conducted in a proper way frees from worries, shows the perfection of nature and human activities.

A tea pavilion – a simple, almost austere structure with thin walls, a flat roof, and empty walls – serves merely as a backdrop for the careful preparation and sharing of the drink between the host and guests. The appreciation of fleeting beauty of items and meticulous actions is centered on delicate, sensory pleasure.

Across the years, “chado” extended throughout Japan, reaching all levels of society, not just the palace and samurai elite. Many schools of Japanese tea ceremony have developed over time and are still functioning today.

“Those who cannot feel the littleness of great things in themselves are apt to overlook the greatness of little things in others.” – as written in a collection of essays entitled “The Book of Tea” by Okakura Kakuzo, who was one of the first Japanese who advocated the traditional art, crafts and artistic techniques in the early 20th century.

Is Matcha tea good for you? Well, Japanese matcha tea is claimed to offer several health and mental advantages in addition to its exquisite taste. Here are some of them:

Antioxidants are tiny chemicals that protect cells from oxidation and aging. They are true health partners, fighting cancer and protecting the cardiovascular system. Finally, matcha is high in chlorophyll and is a great liver cleanser. There is no better way to enjoy a nice detox or rejuvenation.

Matcha tea stimulates the metabolism, which aids in fat loss. This is because the leaves contain caffeine and catechins. Furthermore, this beverage appears to aid with blood sugar regulation.

Matcha includes L-Theanine, an amino acid that contributes in stress relief and relaxation. As a result, this is the ideal drink to unwind with.

4. Helps with concentration and focus

Theine in matcha works similarly to caffeine in that it improves focus and keeps you alert. Unlike coffee, however, matcha tea gradually releases this chemical without causing hyperactivity. This is why Buddhist monks preferred this beverage during their lengthy periods of meditation.

5. May help to prevent cancer

6. Keeps your liver in good health

Matcha has shown potential in reducing the risk of liver disease and preventing liver damage. According to some meta-analysis, green tea users had a lower incidence of liver cancer. According to the study, the longer they drank green tea, the lower their risk became.

Does Matcha Tea has caffeine?

Yes, Matcha does contain caffeine, but clearly less than a coffee. However, Matcha contains more caffeine than your average cup of green tea since you drink the real tea leaves directly infused.

Matcha, considered one of Asia’s greatest green teas, has a strong herbaceous flavor. It has a little sweet aftertaste that is both smooth and slightly bitter. This tea is extremely rare and has a distinct flavor. It’s essential to appreciate its strong vegetal side. It is surprising at first glance, but it does not disappoint.

Furthermore, as we drink it more often, we enjoy it much more.

How to prepare Matcha Tea?

The preparation procedure is vital in ensuring that the Japanese matcha tea delivers its flavors delicately and without being overly bitter. Here are some suggestions for doing so.

It is such a joy to prepare your tea in the traditional Japanese way, but first you will need to get yourself equipped. To prepare Matcha Tea, you will need:

If you need some visual help, we recommend this popular youtube video from the channel Clean & Delicious﻿ that explain perfecty how to make a good Matcha and a good Match Milk tea.